Location: The Commonwealth of Crowns 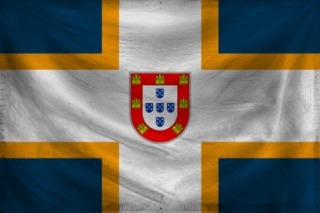 The Kingdom of Neru is a gargantuan, environmentally stunning nation, ruled by HMEM High King Alexandre with an even hand, and remarkable for its sprawling nuclear power plants, ubiquitous missile silos, and devotion to social welfare. The compassionate, humorless, devout population of 16.316 billion Neruviae have some civil rights, but not too many, enjoy the freedom to spend their money however they like, to a point, and take part in free and open elections, although not too often.

The enormous, corrupt government prioritizes Education, although Law & Order, Environment, and Healthcare are also considered important, while Spirituality is ignored. It meets to discuss matters of state in the capital city of Ourem. The average income tax rate is 95.4%.

The frighteningly efficient Neruvian economy, worth a remarkable 2,432 trillion Reais a year, is highly specialized and led by the Book Publishing industry, with major contributions from Tourism, Information Technology, and Arms Manufacturing. State-owned companies are common. Average income is an impressive 149,115 Reais, and distributed extremely evenly, with little difference between the richest and poorest citizens.

HMEM High King Alexandre is considering changing the Neruvian flag to one with more glitter, the nation has welcomed its expats back with open arms, there's nothing more gay than bleeding for your nation, and pandemics are over and done with by the time it takes to pass the nation's stringent border security. Crime, especially youth-related, is totally unknown, thanks to a very well-funded police force and progressive social policies in education and welfare. Neru's national animal is the Neruvian Island Hound, which frolics freely in the nation's many lush forests, and its national religion is The Church of Neru.

Neru is ranked 9,304th in the world and 4th in The Commonwealth of Crowns for Most Inclusive, scoring 190.58 on the Mandela-Wollstonecraft Non-Discrimination Index.