“For the Kaiser, the people, and the state!” 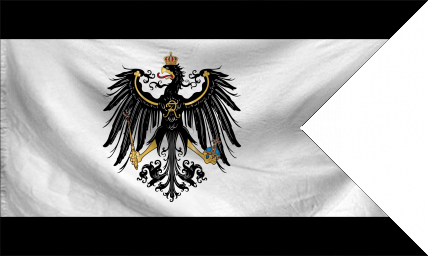 The Colony of New Fortisbellator is a huge, socially progressive nation, notable for its barren, inhospitable landscape, compulsory military service, and irreverence towards religion. The hard-nosed, hard-working, democratic population of 417 million New Fortisians enjoy a sensible mix of personal and economic freedoms, while the political process is open and the people's right to vote held sacrosanct.

The relatively small, outspoken government prioritizes Defense, with Administration, Welfare, and Industry also on the agenda, while Spirituality and Environment aren't funded at all. It meets to discuss matters of state in the capital city of Oldenburg. Citizens pay a flat income tax of 12.1%.

The thriving New Fortisian economy, worth 31.5 trillion sovereigns a year, is broadly diversified and led by the Arms Manufacturing industry, with significant contributions from Woodchip Exports, Door-to-door Insurance Sales, and Retail. Average income is 75,512 sovereigns, with the richest citizens earning 6.9 times as much as the poorest.

Families waiting for delayed pipe installations hope daily for rain, bike rage is all the rage, the might of the entire New Fortisian Navy is focused on fifty bemused spear-throwing islanders, and all government facilities are built in the subterranean citadel of Oldenburg. Crime, especially youth-related, is almost non-existent. New Fortisbellator's national animal is the black eagle, which teeters on the brink of extinction due to toxic air pollution.

New Fortisbellator is ranked 164,368th in the world and 4,329th in the Rejected Realms for Largest Publishing Industry, scoring 454.38 on the Bella Potter Productivity e-Index.

Most Recent Government Activity: 3 minutes ago