“Survival of the fittest.” 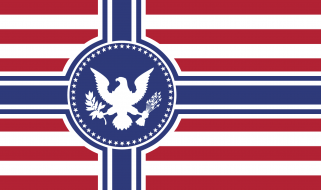 The United States of North Animalia is a massive, cultured nation, ruled by Maria with an even hand, and renowned for its infamous sell-swords, anti-smoking policies, and soft-spoken computers. The hard-nosed population of 3.8 billion North animalians have some civil rights, but not too many, enjoy the freedom to spend their money however they like, to a point, and take part in free and open elections, although not too often.

The relatively small government juggles the competing demands of Defense, Education, and Healthcare. It meets to discuss matters of state in the capital city of New Tokyo. The average income tax rate is 16.5%, but much higher for the wealthy.

The North animalian economy, worth 224 trillion Dollars a year, is driven entirely by a combination of government and state-owned industry, with private enterprise illegal. The industrial sector, which is broadly diversified, is led by the Tourism industry, with major contributions from Arms Manufacturing, Trout Farming, and Information Technology. Average income is 59,055 Dollars, and distributed extremely evenly, with little difference between the richest and poorest citizens.

Political satirists and late night comedians weep as the government begins cleaning up its act, pretending to be prejudiced is a good way to get out of jury duty, Maria has just been declared ruler of North Animalia in an international press conference, and Animalian Christianity has been named as North Animalia's national religion. Crime, especially youth-related, is totally unknown. North Animalia's national animal is the Eagle, which soars majestically through the nation's famously clear skies, and its national religion is Animalian Christianity.

North Animalia is ranked 117,757th in the world and 1st in United roleplay authority for Most Primitive, scoring -62.01 on the Scary Big Number Scale.