“The Shining Star of the Seas” 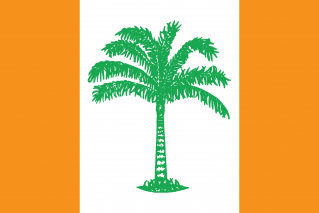 The Tropical Paradise of Palmyrania is a colossal, socially progressive nation, renowned for its absence of drug laws. The hard-working, democratic population of 7.643 billion Palmyranians hold their civil and political rights very dear, although the wealthy and those in business tend to be viewed with suspicion.

The tiny, liberal, outspoken government juggles the competing demands of Education, Welfare, and Healthcare. The average income tax rate is 8.0%.

The Palmyranian economy, worth 359 trillion Palmyranian pounds a year, is driven almost entirely by the private sector, which is fairly diversified and led by the Trout Farming industry, with major contributions from Gambling, Retail, and Book Publishing. Average income is 47,032 Palmyranian pounds, and evenly distributed, with the richest citizens earning only 4.4 times as much as the poorest.

Voting is voluntary, a large-scale revitalization of the education system is underway, the latest Harry Potter book is a bestseller, and the poor are often seen pale and dizzy after selling their blood to make ends meet. Crime is moderate, probably because of the absence of a police force. Palmyrania's national animal is the porpoise, which frolics freely in the nation's sparkling oceans.