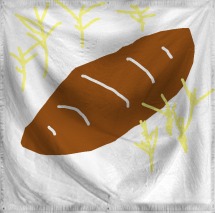 The Dominion of PapaJacky is a gargantuan, socially progressive nation, ruled by High Lord and Supreme Baron PapaJacky with a fair hand, and remarkable for its museums and concert halls, ban on automobiles, and national health service. The compassionate, democratic, cheerful population of 18.501 billion Jackens are free to do what they want with their own bodies, and vote for whomever they like in elections; if they go into business, however, they are regulated to within an inch of their lives.

The enormous, socially-minded government prioritizes Education, with Environment, Administration, and Healthcare also on the agenda, while Defense and Spirituality receive no funds. It meets to discuss matters of state in the capital city of Grainville. The income tax rate is 100%.

The frighteningly efficient PapaJackyian economy, worth a remarkable 7,566 trillion Loaves a year, is driven entirely by a combination of government and state-owned industry, with private enterprise illegal. The industrial sector, which is highly specialized, is mostly made up of the Information Technology industry, with significant contributions from Book Publishing. Average income is an amazing 408,998 Loaves, and distributed extremely evenly, with practically no difference between the richest and poorest citizens.

Cremation is compulsory for the deceased, train stations have more platforms than a 1970s disco, the nation continues to depend on foreigners for food, and nuclear physics is the most popular course at university. Crime is totally unknown. PapaJacky's national animal is the Pig, which frolics freely in the nation's many lush forests, and its national religion is Lovetism.

PapaJacky is ranked 142,355th in the world and 3rd in Papastan for Largest Furniture Restoration Industry, scoring 1,334.17 on the Spitz-Pollish Productivity Index.