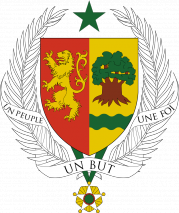 The Queen's State of Peuple is a gargantuan, socially progressive nation, notable for its complete lack of public education, complete absence of social welfare, and spontaneously combusting cars. The hard-nosed, hard-working, democratic population of 14.843 billion Peupleans live in a state of perpetual fear, as a complete breakdown of social order has led to the rise of order through biker gangs.

The minute, liberal, pro-business, outspoken government, or what there is of one, is solely concerned with Industry. It meets to discuss matters of state in the capital city of Capital Heights. Citizens pay a flat income tax of 4.9%.

The very strong Peuplean economy, worth 474 trillion betales a year, is driven almost entirely by the private sector, which is quite specialized and led by the Soda Sales industry, with major contributions from Woodchip Exports, Automobile Manufacturing, and Beef-Based Agriculture. Average income is 31,941 betales, but there is a vast disparity between incomes, with the richest 10% of citizens earning 217,165 per year while the poor average 1,716, a ratio of 126 to 1.

Voting is voluntary, citizens are enjoying a recent large cut in taxes, and Peuple has designated Capital Heights as its capital city. Crime is a major problem, probably because of the absence of a police force. Peuple's national animal is the deer.

Peuple is ranked 148,648th in the world and 5th in Senegal for Largest Basket Weaving Sector, scoring zero on the Hickory Productivity Index.

Most Recent Government Activity: 23 days ago