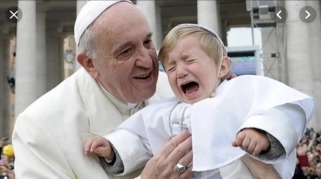 The Theocracy of PHPK is a massive, orderly nation, renowned for its state-planned economy, irreverence towards religion, and stringent health and safety legislation. The cynical population of 2.734 billion PHPKians are ruled without fear or favor by a psychotic dictator, who outlaws just about everything and refers to the populace as "my little playthings."

The large, moralistic, socially-minded, well-organized government juggles the competing demands of Law & Order, Defense, and Healthcare. The average income tax rate is 49.2%, but much higher for the wealthy.

The sizeable but stagnant PHPKian economy, worth 25.0 trillion Money Donated To The Churches a year, is driven entirely by a combination of government and state-owned industry, with private enterprise illegal. However, for those in the know, there is a slick, highly efficient black market in Basket Weaving, Trout Farming, Woodchip Exports, and Cheese Exports. The private sector mostly consists of enterprising ten-year-olds selling lemonade on the sidewalk, but the government is looking at stamping this out. Average income is 9,146 Money Donated To The Churches, and distributed extremely evenly, with practically no difference between the richest and poorest citizens.

Surveillance cameras are banned, a well-funded social safety net protects the unfortunate, the nation is ravaged by daily union strikes, and dog breeding has been banned in accordance with recent animal experimentation laws. Crime is totally unknown, thanks to a very well-funded police force and progressive social policies in education and welfare. PHPK's national animal is the Child.

PHPK is ranked 166,491st in the world and 6,760th in Chicken overlords for Least Corrupt Governments, with 91.24 Percentage Of Bribes Refused.

Most Recent Government Activity: 44 days ago