“If it has stats, we can kill it” Gelatinous Dodecahedron 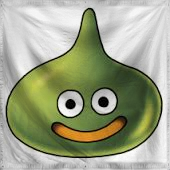 The Amorphous Mass of Point Blob is a gargantuan, environmentally stunning nation, ruled by Gelatinous Dodecahedron with an even hand, and renowned for its compulsory military service, soft-spoken computers, and daily referendums. The hard-nosed, hard-working, humorless population of 18.944 billion Point Blobians enjoy extensive civil freedoms, particularly in social issues, while business tends to be more regulated.

The medium-sized, corrupt government is primarily concerned with Defense, with Education also on the agenda, while Welfare and Law & Order receive no funds. It meets to discuss matters of state in the capital city of the Nucleus. The average income tax rate is 96.0%.

The frighteningly efficient Point Blobian economy, worth an astonishing 10,151 trillion Points a year, is driven entirely by a combination of government and state-owned industry, with private enterprise illegal. However, for those in the know, there is an enormous, deeply entrenched, quite specialized black market in Arms Manufacturing and Information Technology. The private sector mostly consists of enterprising ten-year-olds selling lemonade on the sidewalk, but the government is looking at stamping this out. Average income is a breathtaking 535,894 Points, and distributed extremely evenly, with little difference between the richest and poorest citizens.

The seats at the back of the parliament are reserved for indigenous ministers, the government's suicide hotline now redirects callers to local tax lawyers, the subway is dead quiet in early afternoons, and the might of the entire Point Blobian Navy is focused on fifty bemused spear-throwing islanders. Crime, especially youth-related, is so common that it is unusual to encounter someone following the law, perhaps because of the country's complete lack of prisons. Point Blob's national animal is the amorphous blob, which frolics freely in the nation's many lush forests, and its national religion is Superscience.

Point Blob is ranked 23,802nd in the world and 1st in Wild Hunt for Nudest, with 217 Cheeks Per Square Mile.