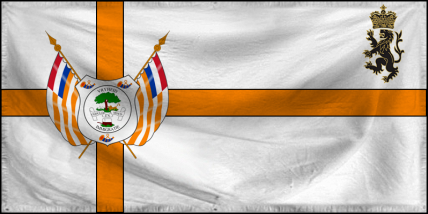 The Royal Forces of Prince Fredrick Corps is a gargantuan, efficient nation, renowned for its public floggings, daily referendums, and devotion to social welfare. The hard-nosed, hard-working population of 23.335 billion Prince Fredrick Corpsians have some civil rights, but not too many, enjoy the freedom to spend their money however they like, to a point, and take part in free and open elections, although not too often.

The medium-sized government is primarily concerned with Welfare, with Environment, Defense, and Healthcare also on the agenda, while Social Policy and Administration aren't funded at all. Citizens pay a flat income tax of 18.6%.

The powerhouse Prince Fredrick Corpsian economy, worth a remarkable 1,431 trillion Imperial Sterlings a year, is led by the Arms Manufacturing industry, with major contributions from Information Technology, Cheese Exports, and Trout Farming. Average income is 61,332 Imperial Sterlings, but there is a large disparity between incomes, with the richest 10% of citizens earning 244,234 per year while the poor average 10,374, a ratio of 23.5 to 1.

The minority inevitably have their addenda vetoed, the government extracts trade concessions from poor nations in exchange for humanitarian aid, Max Barry is this year's Miss Prince Fredrick Corps, and graffiti artists spend lengthy periods of time in jail. Crime is moderate, with the police force struggling against a lack of funding and a high mortality rate. Prince Fredrick Corps's national animal is the Belgian Lion, which frolics freely in the nation's many lush forests.

Prince Fredrick Corps is ranked 227,663rd in the world and 36th in One big Island for Highest Drug Use, scoring 10.8 on the Pineapple Fondness Rating.

Most Recent Government Activity: 37 days ago