“For a free Palestine, empty of hate!” 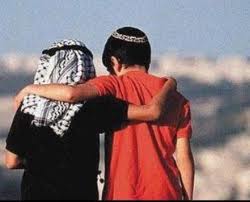 The Free Land of Progressive Palestine is a gargantuan, environmentally stunning nation, ruled by Mahmoud Abbas with an even hand, and remarkable for its punitive income tax rates, devotion to social welfare, and stringent health and safety legislation. The democratic population of 16.343 billion Progressive Palestineans are fiercely patriotic and enjoy great social equality; they tend to view other, more capitalist countries as somewhat immoral and corrupt.

It is difficult to tell where the omnipresent, socially-minded government stops and the rest of society begins, but it juggles the competing demands of Welfare, Healthcare, and Education. It meets to discuss matters of state in the capital city of East Jerusalem. The average income tax rate is 75.3%, and even higher for the wealthy.

The large but sluggish Progressive Palestinean economy, worth 258 trillion Shekels a year, is driven almost entirely by government activity. The industrial sector, which is extremely specialized, is mostly made up of the Basket Weaving industry, with major contributions from Uranium Mining. State-owned companies are reasonably common. Average income is 15,817 Shekels, and distributed extremely evenly, with practically no difference between the richest and poorest citizens.

A well-funded social safety net protects the unfortunate, political parties are banned from advertising and receiving private donations, Mahmoud Abbas has just been declared ruler of Progressive Palestine in an international press conference, and Progressive Palestine has designated East Jerusalem as its capital city. Crime is totally unknown, thanks to a well-funded police force and progressive social policies in education and welfare. Progressive Palestine's national animal is the Palestine Sunbird, which soars majestically through the nation's famously clear skies.

Progressive Palestine is ranked 64,795th in the world and 1st in State of Palestine for Most Popular Tourist Destinations, with 970.74 Tourists Per Hour.