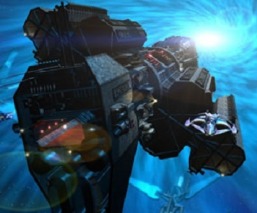 The Earth Force Outpost of Proxima 3 is a gargantuan, socially progressive nation, ruled by Captain MacDougan with a fair hand, and renowned for its barren, inhospitable landscape, compulsory military service, and national health service. The hard-nosed, hard-working, democratic population of 11.777 billion Colonists live in a state of perpetual fear, as a complete breakdown of social order has led to the rise of order through biker gangs.

The tiny, liberal, pro-business, outspoken government juggles the competing demands of Defense, Education, and Welfare. It meets to discuss matters of state in the capital city of the Vesta's breakroom. Citizens pay a flat income tax of 7.0%.

The strong Proxima 3ian economy, worth 792 trillion Earth Credits a year, is broadly diversified and led by the Information Technology industry, with major contributions from Uranium Mining, Arms Manufacturing, and Cheese Exports. Average income is 67,333 Earth Credits, but there is a vast disparity between incomes, with the richest 10% of citizens earning 431,474 per year while the poor average 4,287, a ratio of 100 to 1.

Elevator music has been replaced by thrash metal played at maximum volume, people eagerly queue days at A&E to wait for their free healthcare, surrealist houses shaped like mushrooms and volcanoes dominate the wealthiest neighborhoods, and commuter vessels have trouble staying afloat due to increased passengers. Crime is a problem, probably because of the absence of a police force. Proxima 3's national animal is the Telepath, which teeters on the brink of extinction due to widespread deforestation.