“What are YOU looking at?” 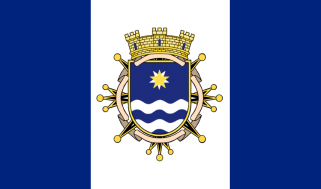 The Commonwealth of QuietDad of TNP is a gargantuan, cultured nation, ruled by Leader with an even hand, and notable for its keen interest in outer space, punitive income tax rates, and devotion to social welfare. The compassionate, hard-working, democratic population of 11.742 billion QuietDad of TNPians have some civil rights, but not too many, enjoy the freedom to spend their money however they like, to a point, and take part in free and open elections, although not too often.

The enormous government juggles the competing demands of Administration, Education, and Law & Order. It meets to discuss matters of state in the capital city of QuietDad of TNP City. Citizens pay a flat income tax of 83.7%.

The frighteningly efficient QuietDad of TNPian economy, worth a remarkable 1,376 trillion Shiny Green Things a year, is quite specialized and led by the Tourism industry, with major contributions from Book Publishing, Information Technology, and Retail. State-owned companies are reasonably common. Average income is an impressive 117,188 Shiny Green Things, with the richest citizens earning 7.1 times as much as the poorest.

Calisthenics is a well-known tax-dodging technique, children as young as six shock their parents by coming out of the closet, anti-government web sites are springing up, and new safety regulations require all cars manufactured in QuietDad of TNP to be bombproof. Crime, especially youth-related, is totally unknown, thanks to the all-pervasive police force and progressive social policies in education and welfare. QuietDad of TNP's national animal is the Mullet Eagle, which is also the nation's favorite main course.

QuietDad of TNP is ranked 201,307th in the world and 9,784th in The North Pacific for Largest Automobile Manufacturing Sector, scoring -13.93 on the Henry Ford Productivity Index.