“The End of Times” 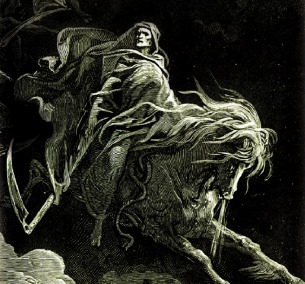 The Colony of Revelation16 is a massive, socially progressive nation, renowned for its compulsory military service and irreverence towards religion. The democratic population of 1.224 billion Revelation16ians hold their civil and political rights very dear, although the wealthy and those in business tend to be viewed with suspicion.

The relatively small government juggles the competing demands of Welfare, Education, and Defense. The average income tax rate is 18.9%, but much higher for the wealthy.

The sizeable but inefficient Revelation16ian economy, worth 44.3 trillion marks a year, is fairly diversified and led by the Automobile Manufacturing industry, with major contributions from Trout Farming, Arms Manufacturing, and Basket Weaving. State-owned companies are common. Average income is 36,202 marks, and evenly distributed, with the richest citizens earning only 2.1 times as much as the poorest.

Revelation16 is ranked 37,845th in the world and 1st in Armageddon for Largest Soda Pop Sector, scoring 3,357.84 on the Addison-Fukk Productivity Rating.

Most Recent Government Activity: 29 days ago