Righteous Freedoms For the People 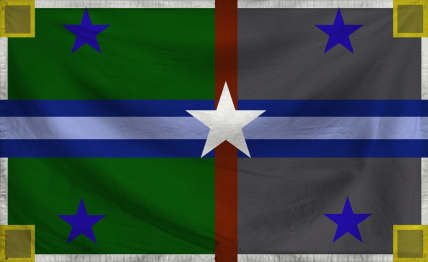 The Federation of Righteous Freedoms For the People is a massive, efficient nation, ruled by John with an even hand, and notable for its ubiquitous missile silos, restrictive gun laws, and stringent health and safety legislation. The compassionate population of 1.069 billion Righteous Peopleans are prohibited from doing almost everything except voting, which they do timidly and conservatively.

The medium-sized government juggles the competing demands of Education, Law & Order, and Healthcare. It meets to discuss matters of state in the capital city of Fredonia. The average income tax rate is 51.6%, and even higher for the wealthy.

The thriving Righteous For the Peoplean economy, worth 105 trillion Freedom Coins a year, is driven entirely by a combination of government and state-owned industry, with private enterprise illegal. The industrial sector, which is broadly diversified, is led by the Tourism industry, with significant contributions from Cheese Exports, Book Publishing, and Beef-Based Agriculture. Average income is 98,287 Freedom Coins, and evenly distributed, with the richest citizens earning only 2.6 times as much as the poorest.

Righteous Freedoms For the People is ranked 17,048th in the world and 257th in 10000 Islands for Largest Publishing Industry, scoring 8,595.22 on the Bella Potter Productivity e-Index.

Most Recent Government Activity: 20 hours ago

Generic Country Name That Is Available,