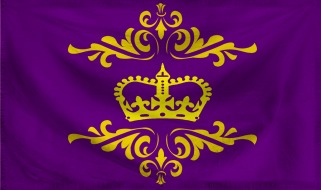 The Kingdom of Saint Arsenio is a massive, cultured nation, ruled by King Macio Glennwood with an even hand, and notable for its otherworldly petting zoo, frequent executions, and keen interest in outer space. The compassionate, devout population of 4.702 billion Arsenians are fiercely patriotic and enjoy great social equality; they tend to view other, more capitalist countries as somewhat immoral and corrupt.

The enormous, socially-minded government prioritizes Education, with Administration, Environment, and Law & Order also on the agenda. It meets to discuss matters of state in the capital city of Saint Glennwood City. The average income tax rate is 87.4%, and even higher for the wealthy.

The frighteningly efficient Saint Arsenian economy, worth 535 trillion Arsenian Leps a year, is driven entirely by a combination of government and state-owned industry, with private enterprise illegal. The industrial sector, which is quite specialized, is led by the Information Technology industry, with significant contributions from Tourism, Basket Weaving, and Book Publishing. Average income is an impressive 113,865 Arsenian Leps, and distributed extremely evenly, with practically no difference between the richest and poorest citizens.

Citizens are deployed to barren deserts to protect small territorial claims, there's never a spare chair in the retirement home, etiquette guides advise visitors to 'grovel gracefully', and police conduct weekly raids looking for contraband cheeseburgers. Crime, especially youth-related, is totally unknown, thanks to a well-funded police force and progressive social policies in education and welfare. Saint Arsenio's national animal is the Grizzly Bear, which frolics freely in the nation's many lush forests, and its national religion is Christianity.

Saint Arsenio is ranked 7,329th in the world and 1st in Empire of Great Britain for Most Popular Tourist Destinations, with 1,805.63 Tourists Per Hour.