“We are always pretty” 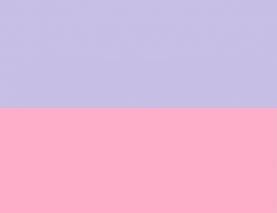 The Perfidious Theocracy of Snorlaxia is a gargantuan, socially progressive nation, ruled by Barbara the Barbarian with a fair hand, and remarkable for its public floggings, ritual sacrifices, and national health service. The hard-nosed, hard-working, democratic, cheerful, devout population of 17.502 billion Snorlaxians enjoy extensive civil freedoms, particularly in social issues, while business tends to be more regulated.

The minute, corrupt, liberal government, or what there is of one, juggles the competing demands of Education, Industry, and Administration. It meets to discuss matters of state in the capital city of Branchland. Income tax is unheard of.

The frighteningly efficient Snorlaxian economy, worth a remarkable 8,849 trillion Felonies a year, is driven almost entirely by the private sector, which is broadly diversified and led by the Information Technology industry, with significant contributions from Arms Manufacturing, Retail, and Soda Sales. Average income is a breathtaking 505,600 Felonies, and evenly distributed, with the richest citizens earning only 2.1 times as much as the poorest.

Peace talks occasionally rack up a higher body count than the wars they seek to stop, the nation's youth is held blameless for all crimes, the government's stance on marriage is 'Let Snorlaxians marry themselves', and movie references are legally admissible in court. Crime, especially youth-related, is a major problem, with the police force struggling against a lack of funding and a high mortality rate. Snorlaxia's national animal is the Desi, which teeters on the brink of extinction due to widespread deforestation, and its national religion is sonichuism.

Snorlaxia is ranked 361st in the world and 5th in Capitalist Paradise for Largest Basket Weaving Sector, scoring 14,756.88 on the Hickory Productivity Index.

Naming A Country Is Difficult,