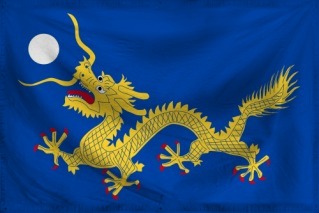 The Hegemonic Directorate of Southwest China is a gargantuan, environmentally stunning nation, renowned for its anti-smoking policies, multi-spousal wedding ceremonies, and restrictive gun laws. The compassionate, democratic, humorless population of 11.985 billion South Chinese are free to do what they want with their own bodies, and vote for whomever they like in elections; if they go into business, however, they are regulated to within an inch of their lives.

The government — a sprawling, bureaucracy-choked, outspoken morass — juggles the competing demands of Education, Healthcare, and Environment. The average income tax rate is 90.1%, and even higher for the wealthy.

The strong South Chinese economy, worth 807 trillion Yues a year, is driven almost entirely by government activity. The industrial sector is solely comprised of the Information Technology industry. State-owned companies are reasonably common. Average income is 67,351 Yues, and distributed extremely evenly, with little difference between the richest and poorest citizens.

Counselors have to sign pledges supporting gay rights before they can speak to any patients, government-run screening operations remove embryos with severe genetic disorders, the government has hired out-of-work fashion designers to design purses for men, and fraternities are notorious for drunken hooliganism. Crime is totally unknown, thanks to a very well-funded police force and progressive social policies in education and welfare. Southwest China's national animal is the Sloth, which frolics freely in the nation's many lush forests.

Southwest China is ranked 207,154th in the world and 141st in Geopolity for Largest Basket Weaving Sector, scoring -14.56 on the Hickory Productivity Index.