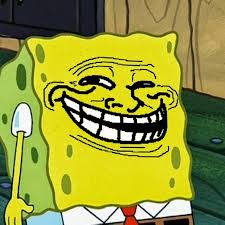 The United Socialist States of Spingebill is a gargantuan, orderly nation, notable for its barren, inhospitable landscape, ubiquitous missile silos, and irreverence towards religion. The hard-nosed, hard-working, cynical population of 10.347 billion Youtube fans are kept under strict control by the oppressive government, which measures its success by the nation's GDP and refers to individual citizens as "human resources."

The medium-sized, well-organized government prioritizes Defense, although Law & Order, Administration, and Education are also considered important, while Spirituality and International Aid are ignored. It meets to discuss matters of state in the capital city of Rock Bottom. Citizens pay a flat income tax of 23.5%.

The very strong Spingebill economy, worth 719 trillion golden coins a year, is broadly diversified and led by the Arms Manufacturing industry, with major contributions from Uranium Mining, Retail, and Book Publishing. Average income is 69,522 golden coins, but there is a significant disparity between incomes, with the richest 10% of citizens earning 197,318 per year while the poor average 19,567, a ratio of 10.1 to 1.

Model railroad hobbyists have taken to muscling model shipbuilders off their "turf", peace talks occasionally rack up a higher body count than the wars they seek to stop, airplane passenger seat sizes and ticket prices are both first-class, and children have lost interest in toy guns in favor of toy meth lab kits. Crime, especially youth-related, is well under control, thanks to a capable police force and progressive social policies in education and welfare. Spingebill's national animal is the goldfish, which teeters on the brink of extinction due to heavy metals seepage into national waterways.

Spingebill is ranked 44,357th in the world and 8th in The Trunk of a Pontiac Tempest for Greatest Rich-Poor Divides, with 10.08 Rich To Poor Income Ratio.