“Hope is the Spirit of Freedom” 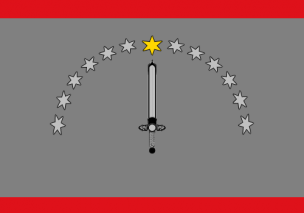 The United Republic of Spirit of Hope is a gargantuan, efficient nation, ruled by Alfred Wardson with a fair hand, and notable for its keen interest in outer space, sprawling nuclear power plants, and smutty television. The hard-nosed, democratic, devout population of 21.037 billion Experiment Subjects hold their civil and political rights very dear, although the wealthy and those in business tend to be viewed with suspicion.

The medium-sized, liberal government prioritizes Education, with Industry, Healthcare, and Defense also on the agenda, while Spirituality is ignored. It meets to discuss matters of state in the capital city of Haless. The average income tax rate is 51.1%, and even higher for the wealthy.

The frighteningly efficient Spirit of Hopean economy, worth a remarkable 2,955 trillion Marks a year, is quite specialized and led by the Information Technology industry, with major contributions from Book Publishing, Tourism, and Retail. Black market activity is frequent. State-owned companies are common. Average income is an impressive 140,475 Marks, and distributed extremely evenly, with little difference between the richest and poorest citizens.

The government extracts trade concessions from poor nations in exchange for humanitarian aid, fancy dress parties are raided by military police for new recruits, all tariffs have been abolished, and citizens live in superstitious fear of the mysterious glowing clouds that float over Spirit of Hope. Crime, especially youth-related, is a major problem, with the police force struggling against a lack of funding and a high mortality rate. Spirit of Hope's national animal is the Elephant, which is also the nation's favorite main course.

Spirit of Hope is ranked 75,109th in the world and 2nd in Argo for Highest Foreign Aid Spending, scoring 303.36 on the Clooney Contribution Index.