“We are one with the People” 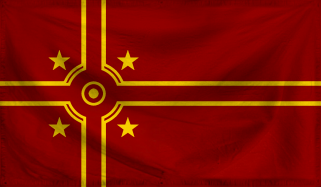 The People's Republic of SucWAti is a gargantuan, safe nation, renowned for its museums and concert halls, absence of drug laws, and stringent health and safety legislation. The democratic population of 14.733 billion SucWAtians hold their civil and political rights very dear, although the wealthy and those in business tend to be viewed with suspicion.

The government — a sprawling, bureaucracy-choked, liberal, outspoken morass — juggles the competing demands of Healthcare, Education, and Environment. The average income tax rate is 76.6%, and even higher for the wealthy.

The strong SucWAtian economy, worth 621 trillion Vortas a year, is driven almost entirely by government activity. The industrial sector is solely comprised of the Book Publishing industry. State-owned companies are reasonably common. Average income is 42,192 Vortas, and distributed extremely evenly, with little difference between the richest and poorest citizens.

Surveillance cameras are banned, voting is voluntary, TV shows must meet strict ethnicity quotas, and military funding has been stripped back. Crime is totally unknown, thanks to a very well-funded police force and progressive social policies in education and welfare. SucWAti's national animal is the Tiger, which frolics freely in the nation's many lush forests.

SucWAti is ranked 24,715th in the world and 23rd in Capitalist Paradise for Largest Welfare Programs, scoring 2,905.63 on the Safety Net Mesh Density Rating.