“Nights are full of lives” 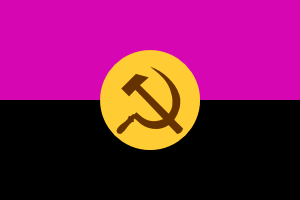 The Dark Fauzjhian Province of Taineizbria is a gargantuan, cultured nation, ruled by Audray Holyblack with a fair hand, and notable for its museums and concert halls, hatred of cheese, and devotion to social welfare. The compassionate, democratic, cheerful population of 18.523 billion Taineizbrians are free to do what they want with their own bodies, and vote for whomever they like in elections; if they go into business, however, they are regulated to within an inch of their lives.

The enormous, liberal, socially-minded, outspoken government juggles the competing demands of Education, Environment, and Healthcare. It meets to discuss matters of state in the capital city of Dark Holy City. The income tax rate is 100%.

The frighteningly efficient Taineizbrian economy, worth a remarkable 7,991 trillion Fauzjhiauxes a year, is driven entirely by a combination of government and state-owned industry, with private enterprise illegal. The industrial sector, which is highly specialized, is led by the Tourism industry, with major contributions from Information Technology and Book Publishing. Average income is an amazing 431,440 Fauzjhiauxes, and distributed extremely evenly, with practically no difference between the richest and poorest citizens.

Astronomers are flocking to Taineizbria to take advantage of its clear night skies, therapists can always squeeze in another house-call, self-driving cars are unpopular due to suspicion that they murder their passengers, and leather-clad individuals can be seen walking their slaves in public parks. Crime is totally unknown, thanks to a capable police force and progressive social policies in education and welfare. Taineizbria's national animal is the Dark Cat, which frolics freely in the nation's many lush forests, and its national religion is Communism.

Taineizbria is ranked 304,685th in the world and 9,754th in the Rejected Realms for Highest Unexpected Death Rate, scoring 13.02 on the Bus Surprisal Index.