Location: The Axis of Evil 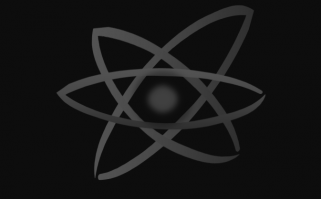 The Mafian Economic Extremist of The Dark System is a gargantuan, efficient nation, ruled by Master Economist with an iron fist, and renowned for its unlimited-speed roads, compulsory military service, and free-roaming dinosaurs. The hard-nosed, hard-working, cynical, humorless population of 16.76 billion Dark Systems are rabid consumers, partly through choice and partly because the government tells them to and dissenters tend to vanish from their homes at night.

The relatively small, corrupt, pro-business, well-organized government juggles the competing demands of Defense, Industry, and Law & Order. It meets to discuss matters of state in the capital city of The Dark System Main Command Centre. The average income tax rate is 99.6%.

The frighteningly efficient Dark System economy, worth an astonishing 21,090 trillion Dollars a year, is broadly diversified and mostly comprised of black market activity, especially in Arms Manufacturing, Information Technology, Retail, and Uranium Mining. Average income is a breathtaking 1,258,404 Dollars, but there is a vast disparity between incomes, with the richest 10% of citizens earning 11,781,354 per year while the poor average 11,390, a ratio of 1,034 to 1.

Citizens are regularly arrested in queues for 'loitering', agricultural employees work for peanuts, commemorative mugs remembering last year's Black Friday Crockery Riots are a best seller this year, and seafood restaurants assure customers 'If it lives in the sea, it's on our menu'. Crime is totally unknown, thanks to a capable police force and progressive social policies in education and welfare. The Dark System's national animal is the Monster, which is also the nation's favorite main course.

The Dark System is ranked 25th in the world and 1st in The Axis of Evil for Fattest Citizens, with 99.21 Obesity Rate.