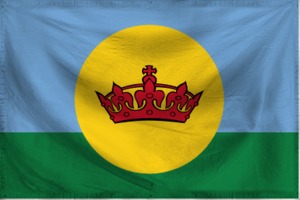 The Constitutional Monarchy of The Flyin2 is a massive, environmentally stunning nation, remarkable for its ban on automobiles and irreverence towards religion. The hard-working, democratic population of 4.492 billion Flyin2ians enjoy a sensible mix of personal and economic freedoms, while the political process is open and the people's right to vote held sacrosanct.

The medium-sized government juggles the competing demands of Education, Welfare, and Law & Order. It meets to discuss matters of state in the capital city of Flyinia Omega Beta. The average income tax rate is 21.9%.

The Flyin2ian economy, worth 218 trillion Golden Feathers a year, is fairly diversified and led by the Cheese Exports industry, with major contributions from Uranium Mining, Retail, and Trout Farming. State-owned companies are reasonably common. Average income is 48,585 Golden Feathers, and evenly distributed, with the richest citizens earning only 3.3 times as much as the poorest.

Criminals lock themselves in their mums' basements to avoid prison, couples kissing on the street are detained for 'unlawful exchange of genetic material', victims of crime are viewed as less trustworthy than politicians, and people accuse the government of being in bed with Big Safety. Crime is almost non-existent, thanks to a capable police force and progressive social policies in education and welfare. The Flyin2's national animal is the Hedgehog, which frolics freely in the nation's many lush forests.

The Flyin2 is ranked 167,653rd in the world and 73rd in The United Federations for Largest Insurance Industry, scoring -3.74 on the Risk Expulsion Effectiveness Rating.