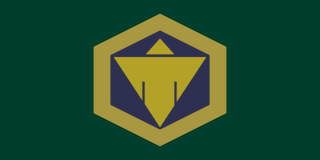 The Martial Order of The Osperian Synarchy is a colossal, efficient nation, ruled by Head of State with an even hand, and remarkable for its pith helmet sales, sprawling nuclear power plants, and unlimited-speed roads. The hard-nosed, hard-working, humorless population of 9.088 billion Osperians enjoy extensive civil freedoms, particularly in social issues, while business tends to be more regulated.

The medium-sized, corrupt government is primarily concerned with Defense, although Education, Industry, and Administration are also considered important, while International Aid and Spirituality are ignored. It meets to discuss matters of state in the capital city of Synarchy Command. The income tax rate is 100%.

The frighteningly efficient Osperian economy, worth a remarkable 6,057 trillion Ospermarks a year, is driven entirely by a combination of government and state-owned industry, with private enterprise illegal. However, for those in the know, there is an enormous, deeply entrenched, broadly diversified black market in Arms Manufacturing, Information Technology, Book Publishing, and Retail. The private sector mostly consists of enterprising ten-year-olds selling lemonade on the sidewalk, but the government is looking at stamping this out. Average income is a breathtaking 666,510 Ospermarks, and evenly distributed, with the richest citizens earning only 2.0 times as much as the poorest.

Residential tower blocks are surrounded by warrens of concrete tunnels, conductors wield diamond-encrusted batons to fit in with their freshly gilded surroundings, the amount welfare recipients spend on fertilizer has exploded, and the general public only knows their favorite politician's first name. Crime is totally unknown. The Osperian Synarchy's national animal is the Phoenix, which soars majestically through the nation's famously clear skies.

The Osperian Synarchy is ranked 51st in the world and 4th in the Pacific for Highest Poor Incomes, with 462,762.07 Standard Monetary Units.