“Our Father Who art in Heaven, Hallowed be thy Name”

The Pilgrims in the Desert 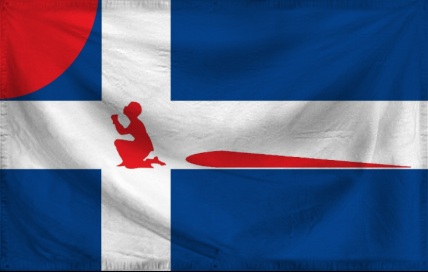 The Nomadic Peoples of The Pilgrims in the Desert is a huge, efficient nation, remarkable for its barren, inhospitable landscape, compulsory military service, and punitive income tax rates. The hard-nosed, hard-working, devout population of 470 million Pilgrims are highly moralistic and fiercely conservative, in the sense that they tend to believe most things should be outlawed. People who have good jobs and work quietly at them are lauded; others are viewed with suspicion.

The large, moralistic government juggles the competing demands of Spirituality, Defense, and Industry. It meets to discuss matters of state in the capital city of Rome. The average income tax rate is 73.1%.

The frighteningly efficient Pilgrim economy, worth 46.8 trillion Hopes a year, is broadly diversified and led by the Arms Manufacturing industry, with significant contributions from Retail, Information Technology, and Trout Farming. Average income is 99,484 Hopes, and evenly distributed, with the richest citizens earning only 3.6 times as much as the poorest.

The tomato-covered corpses that decorate the nation's cities are a favourite amongst morbid tourists, the importance of winning Olympic gold medals is indoctrinated from an early age, citizens applying for their first jobs face fierce competition from the homeless, and government-sponsored gallows are being erected by Violetist temples. Crime, especially youth-related, is totally unknown, thanks to a well-funded police force and progressive social policies in education and welfare. The Pilgrims in the Desert's national animal is the Lamb, which teeters on the brink of extinction due to widespread deforestation.

The Pilgrims in the Desert is ranked 175,136th in the world and 83rd in Catholic for Largest Automobile Manufacturing Sector, scoring -7.62 on the Henry Ford Productivity Index.