“A nation is only as strong as its' people.”

Location: Realm of the Whispering Winds 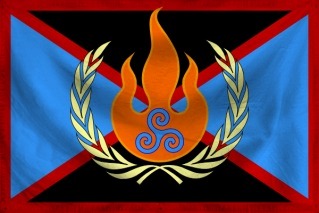 The Republic of The Stangerns is a massive, environmentally stunning nation, ruled by Doyle Campbell with an even hand, and renowned for its museums and concert halls, daily referendums, and compulsory military service. The hard-nosed population of 2.459 billion Stangis have some civil rights, but not too many, enjoy the freedom to spend their money however they like, to a point, and take part in free and open elections, although not too often.

The relatively small government juggles the competing demands of Defense, Education, and Industry. It meets to discuss matters of state in the capital city of Dawnspark. The average income tax rate is 23.7%, but much higher for the wealthy.

The frighteningly efficient Stangern economy, worth 350 trillion Bitcoins a year, is broadly diversified and led by the Information Technology industry, with major contributions from Arms Manufacturing, Tourism, and Beef-Based Agriculture. State-owned companies are common. Average income is an impressive 142,698 Bitcoins, and evenly distributed, with the richest citizens earning only 2.0 times as much as the poorest.

Stangern novella fans become unusually flustered when thinking about Doyle Campbell, a National Academy regulates grammar and usage, the nation was recently voted "most likely to betray its allies", and Stangis seem to be catching more chills. Crime, especially youth-related, is totally unknown. The Stangerns's national animal is the Red Wolf, which frolics freely in the nation's many lush forests, and its national religion is Techno-paganism.

The Stangerns is ranked 125,135th in the world and 88th in Realm of the Whispering Winds for Largest Soda Pop Sector, scoring 355.59 on the Addison-Fukk Productivity Rating.