The United States of Ibica 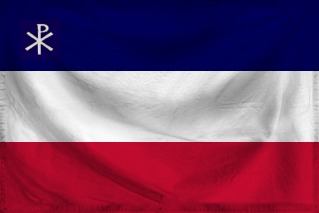 The Federation of The United States of Ibica is a colossal, environmentally stunning nation, ruled by President Evaline Buckley with a fair hand, and notable for its frequent executions, keen interest in outer space, and sprawling nuclear power plants. The compassionate, hard-working, democratic population of 5.561 billion Ibicans enjoy a sensible mix of personal and economic freedoms, while the political process is open and the people's right to vote held sacrosanct.

The medium-sized, outspoken government juggles the competing demands of Education, Law & Order, and Defense. It meets to discuss matters of state in the capital city of Willmington. Citizens pay a flat income tax of 36.7%.

The strong Ibican economy, worth 372 trillion Ibican Dollars a year, is led by the Book Publishing industry, with major contributions from Information Technology, Tourism, and Beef-Based Agriculture. Average income is 66,995 Ibican Dollars, with the richest citizens earning 5.6 times as much as the poorest.

The canal flows through the land like a twisty turny thing, pet loving officers arrest citizens who don't give their dogs enough biscuits, tabloids coo over President Evaline Buckley's expected child, and third world countries are rich in "I Love Willmington" t-shirts. Crime, especially youth-related, is totally unknown, thanks to a well-funded police force and progressive social policies in education and welfare. The United States of Ibica's national animal is the Eagle, which is also the nation's favorite main course, and its national religion is Christianity.

The United States of Ibica is ranked 26,351st in the world and 1st in Terra Ceralis for Largest Agricultural Sector, scoring 5,090.1 on the Mu-Bah-Daggs Productivity Index.