“Where were we again?” 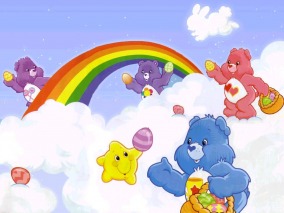 The Most Serene Republic of TomKirk is a gargantuan, cultured nation, ruled by Thomas Picard with an even hand, and renowned for its smutty television, enforced nudity, and absence of drug laws. The compassionate, democratic, humorless population of 17.848 billion TomKirkians are fiercely patriotic and enjoy great social equality; they tend to view other, more capitalist countries as somewhat immoral and corrupt.

The government — a sprawling, bureaucracy-choked morass — juggles the competing demands of Environment, Education, and Healthcare. It meets to discuss matters of state in the capital city of Huckleberry. The average income tax rate is 82.4%, and even higher for the wealthy.

The very strong TomKirkian economy, worth a remarkable 1,055 trillion stone wheels a year, is driven almost entirely by government activity. The industrial sector is solely comprised of the Tourism industry. State-owned companies are reasonably common. Average income is 59,140 stone wheels, and distributed extremely evenly, with little difference between the richest and poorest citizens.

Thomas Picard is described as an everyday person with normal tastes and the usual interests, on-duty Air TomKirk flight attendants are usually seen napping in first class, Huckleberry Preparatory School for the Exceedingly Wealthy's basketball team is having a few off-years, and drug lords often avoid prison time by teaching "chemistry" classes to underprivileged youth. Crime is totally unknown, thanks to the all-pervasive police force and progressive social policies in education and welfare. TomKirk's national animal is the heath hen, which frolics freely in the nation's many lush forests.

TomKirk is ranked 81,167th in the world and 2nd in Knights of the NS List for Highest Average Incomes, with 59,140.85 Standard Monetary Units.