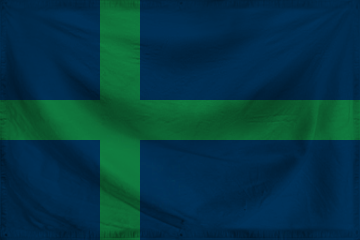 The Federal Democratic Republic of Treeford is a colossal, environmentally stunning nation, ruled by Prime Minister Franklin Wade Swanson with a fair hand, and remarkable for its museums and concert halls, lack of airports, and punitive income tax rates. The compassionate, democratic, devout population of 7.248 billion Treefordians love a good election, and the government gives them plenty of them. Universities tend to be full of students debating the merits of various civil and political rights, while businesses are tightly regulated and the wealthy viewed with suspicion.

The enormous, socially-minded government juggles the competing demands of Education, Administration, and Environment. It meets to discuss matters of state in the capital city of Treefordapolis. The average income tax rate is 98.1%.

The frighteningly efficient Treefordian economy, worth a remarkable 1,239 trillion Maples a year, is driven entirely by a combination of government and state-owned industry, with private enterprise illegal. The industrial sector, which is highly specialized, is led by the Information Technology industry, with major contributions from Book Publishing and Tourism. Average income is an impressive 171,034 Maples, and distributed extremely evenly, with practically no difference between the richest and poorest citizens.

Treeford's heavy congestion charges are the bane of motorists' lives, the nation's youth would rather watch paint dry than the news, the "Underwear of Women in Power" issue of The Treefordapolis Times is sold out, and cogitators and mass debaters are skiving off work to hang around the National Symposium Park. Crime, especially youth-related, is totally unknown, thanks to a well-funded police force and progressive social policies in education and welfare. Treeford's national animal is the Wild Turkey, which frolics freely in the nation's many lush forests, and its national religion is Catholicism.

Treeford is ranked 2,764th in the world and 42nd in 10000 Islands for Largest Publishing Industry, scoring 23,551.75 on the Bella Potter Productivity e-Index.