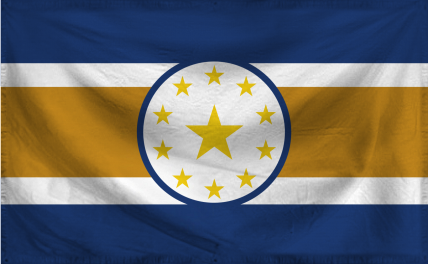 The Federal Republics of Twonia is a huge, genial nation, renowned for its prohibition of alcohol, irreverence towards religion, and devotion to social welfare. The compassionate population of 633 million Twonians are fiercely patriotic and enjoy great social equality; they tend to view other, more capitalist countries as somewhat immoral and corrupt.

The medium-sized, socially-minded government juggles the competing demands of Education, Welfare, and Administration. It meets to discuss matters of state in the capital city of Twueno-Moljavik-Wanalulu. The average income tax rate is 31.5%, but much higher for the wealthy.

The Twonian economy, worth 37.6 trillion Twontios a year, is fairly diversified and led by the Trout Farming industry, with major contributions from Information Technology, Book Publishing, and Tourism. State-owned companies are common. Average income is 59,376 Twontios, and distributed extremely evenly, with little difference between the richest and poorest citizens.

Home renovation shows are increasingly popular, road signs are getting harder to read under layers of knitted woolen cardigans, the number of students attending university has reached a record high, and the government recently donated a surfboard to an impoverished family in a landlocked region. Crime is totally unknown. Twonia's national animal is the Twonian turtoise, which frolics freely in the nation's many lush forests.

Twonia is ranked 134,263rd in the world and 4th in The Allied Northern Archipeligo for Largest Cheese Export Sector, scoring 1,349.67 on the Mozzarella Productivity Index.