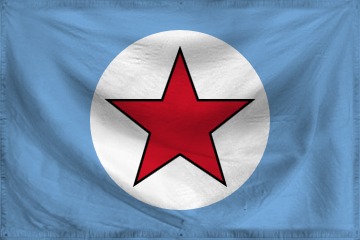 The Post-Revolutionary State of Unfallious is a gargantuan, genial nation, ruled by Victor Trikosky with a fair hand, and notable for its state-planned economy, parental licensing program, and keen interest in outer space. The compassionate, democratic, humorless population of 15.218 billion Unfallions are free to do what they want with their own bodies, and vote for whomever they like in elections; if they go into business, however, they are regulated to within an inch of their lives.

The government — a sprawling, bureaucracy-choked, outspoken morass — juggles the competing demands of Defense, Law & Order, and Industry. It meets to discuss matters of state in the capital city of Korkois. The average income tax rate is 97.5%.

The frighteningly efficient Unfallion economy, worth a remarkable 1,989 trillion Pounds a year, is driven entirely by a combination of government and state-owned industry, with private enterprise illegal. The industrial sector, which is extremely specialized, is mostly made up of the Information Technology industry, with significant contributions from Arms Manufacturing. Average income is an impressive 130,706 Pounds, and distributed extremely evenly, with little difference between the richest and poorest citizens.

Literally voiceless people are unable to protest when food and water are denied to them, male med students learning female anatomy do so with their eyes tightly closed, the wealthiest parts of the country receive the most government spending, and people say chess victor Victor Trikosky can kill you with mind-bullets. Crime, especially youth-related, is totally unknown, thanks to the all-pervasive police force and progressive social policies in education and welfare. Unfallious's national animal is the Pigeon, which soars majestically through the nation's famously clear skies.

Unfallious is ranked 144,655th in the world and 43rd in The Confederacy of Free Nations for Nudest, with 105.75 Cheeks Per Square Mile.