“A nation of peace, freedom, and opportunity” Chloe Diane Norwood 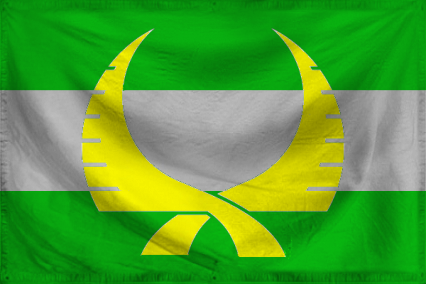 The Dagorite Utopia of Voopmont is a massive, safe nation, ruled by Chloe Diane Norwood with a fair hand, and renowned for its keen interest in outer space, daily referendums, and punitive income tax rates. The compassionate, democratic population of 2.293 billion Voopmontians hold their civil and political rights very dear, although the wealthy and those in business tend to be viewed with suspicion.

The medium-sized, outspoken government prioritizes Education, although Healthcare, Administration, and Environment are also considered important, while Spirituality and Defense aren't funded at all. It meets to discuss matters of state in the capital city of Liberio. The average income tax rate is 58.1%, and even higher for the wealthy.

The powerhouse Voopmontian economy, worth 205 trillion Voops a year, is broadly diversified and led by the Information Technology industry, with significant contributions from Book Publishing, Tourism, and Retail. State-owned companies are reasonably common. Average income is 89,639 Voops, and distributed extremely evenly, with little difference between the richest and poorest citizens.

Robosexual marriages are increasingly common, school uniforms are compulsory, the government has officially clarified that "wee on your hands to save time" does not count as proper hygiene, and government officials go door-to-door educating about the dangers of pseudoscience. Crime, especially youth-related, is totally unknown. Voopmont's national animal is the Courtwern Raptor, which frolics freely in the nation's many lush forests, and its national religion is Shrekism.

Voopmont is ranked 191,772nd in the world and 125th in The United Federations for Most Advanced Defense Forces, scoring zero on the Total War Preparedness Rating.

The Narwhalian Republic of the North,