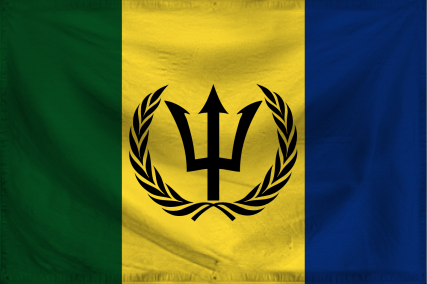 The Allied Federation of Voryan is a colossal, genial nation, ruled by King Zraben II with a fair hand, and notable for its daily referendums, sprawling nuclear power plants, and otherworldly petting zoo. The compassionate, democratic, cheerful population of 9.703 billion Voranians hold their civil and political rights very dear, although the wealthy and those in business tend to be viewed with suspicion.

The relatively small, liberal, outspoken government juggles the competing demands of Education, Industry, and Environment. It meets to discuss matters of state in the capital city of Trialta. The average income tax rate is 46.9%, but much higher for the wealthy.

The frighteningly efficient Voranian economy, worth a remarkable 1,733 trillion Verns a year, is driven entirely by a combination of government and state-owned industry, with private enterprise illegal. The industrial sector, which is quite specialized, is led by the Tourism industry, with major contributions from Information Technology, Book Publishing, and Retail. Average income is an impressive 178,679 Verns, and distributed extremely evenly, with little difference between the richest and poorest citizens.

Government employees from Voryan dominate international lumberjack competitions, the military has gone fission for more funding, violently opinionated speakers can be heard preaching their hateful views on every street corner, and the nation's diplomats are all talk and no action. Crime is totally unknown. Voryan's national animal is the Blobfish, which frolics freely in the nation's sparkling oceans.

Voryan is ranked 23,073rd in the world and 2nd in The Exarchal Republic for Most Advanced Public Education, scoring 6,539.4 on the Edu-tellignce® Test Score.