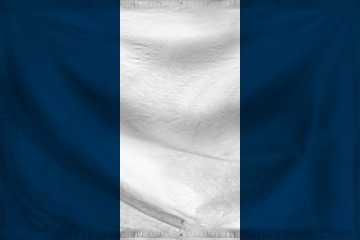 The Community of YamiNbe is a massive, safe nation, remarkable for its museums and concert halls, state-planned economy, and punitive income tax rates. The compassionate population of 4.855 billion YamiNbenis are fiercely patriotic and enjoy great social equality; they tend to view other, more capitalist countries as somewhat immoral and corrupt.

The large, socially-minded government prioritizes Education, with Healthcare, Industry, and Administration also on the agenda, while Spirituality isn't funded at all. It meets to discuss matters of state in the capital city of Mbonzogo. The average income tax rate is 79.4%, and even higher for the wealthy.

The frighteningly efficient YamiNbean economy, worth 539 trillion XiFelas a year, is driven entirely by a combination of government and state-owned industry, with private enterprise illegal. The industrial sector, which is quite specialized, is led by the Information Technology industry, with significant contributions from Tourism, Book Publishing, and Trout Farming. Average income is an impressive 111,059 XiFelas, and distributed extremely evenly, with practically no difference between the richest and poorest citizens.

All statues and paintings of dogs are being destroyed to avoid offending cat-lovers, the Mbonzogo Film Festival recently voted 'YamiNbeni Getting Hit By Football' as best film, the only women behind bars are barmaids, and animal liberationists receive government funding to break into animal research labs. Crime, especially youth-related, is totally unknown, thanks to a well-funded police force and progressive social policies in education and welfare. YamiNbe's national animal is the YamiNbeni Elephant, which frolics freely in the nation's many lush forests.

YamiNbe is ranked 149,856th in the world and 5,491st in the South Pacific for Largest Basket Weaving Sector, scoring zero on the Hickory Productivity Index.