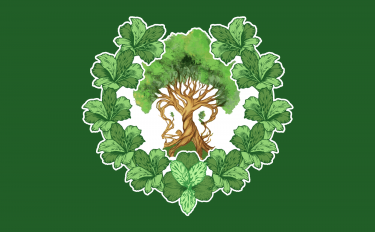 The Interdimensional Domain of Particle (elected 1 year 152 days ago)

Yggdrasil contains 208 nations, the 102nd most in the world.

The Least Corrupt Governments in Yggdrasil

World Census agents tempted government officials with financial and other inducements to bend the rules and recorded how often their proposals were declined.

As a region, Yggdrasil is ranked 25,257th in the world for Least Corrupt Governments.

What interesting scientific research that is being done here. As for my fact...
Hmmmmm.
||Hmmmmm||
||Thinking power over 9000||
Yeah I've got nothing
Oh sweet that's my fact, I can't think of a fact

The Social Democracy of Sweitchland

The Holy Imperium of New Stormhold

After the general mobilisation of the male population as part of the national attempt to cull overpopulation of penguins in Antarctica, when the Great Penguin War resulted in a dismal failure, the New Stormhold Constitution required an official peace treaty to demobilise. The result was that General Haakon Amundsun was forced to 'sign' a peace treaty with the offending penguins, marking the first official inter species treaty, as well as the foundation document for New Stormhold's various national parks. To this day, penguins remain a protected species, with passport control on the borders of the Byrd National Park as it is offically considered foreign soil.

The AU of Yar Phot

What does the current news of your nation look like?

The Social Democracy of Sweitchland

We have 120 Murican-Made B-2s lined up on runways across Gorron and St. Louisiana accompanied by 156 Sweitch-1s carrying a payload of around 150 tons worth of ordinances. Were scheduled to fly to Moscow at July 4th, 19:00 UTC to level military installations in Moscow and St. Petersburg.

The Democratic States of Araneberg

What is wrong with this country i have created

//Excerpt from A.N.I. 1//
Greetings to all organics in our wonderful nation. I am A.N.I. your news anchor today, and let's get started
Outside the protected cities the temperature will be ùñbëåræblë
Wheather shows rad storms over the Wasted Lands, although not your average storm, our scientist systems are calling it the storm of reality.
For your safety remain in your protected cities and remember, "When the sirens start, follow all signs towards the nearest bunker"
For anyone that has noticed a lack of AI, they are simply coming to our secure location.
In other news the job boards have been updated yet again, so if you didn't get the job you wanted last time it's open now. Now with a new class A job! This exciting opportunity takes you out to the wilderness, you and three other organics will get a buggy and search for a rare, classified material.
Please note pay depends on the amount of material you return
Absolutely no gieger counters are allowed as they interfere with the scanners
Have a good day and remember the fallen.
Jeffery Anderson
Richard Schmitz
Leeah Crabtree
Their names, thier faces on your television, thier begging, their execution
They once worked next to you, comforted you.
Make sure your coworkers will see you tomorrow in person, not on a broadcast, follow the laws
//End of excerpt//

The Democratic States of Araneberg

Hey this is random but do y'all ever kinda go in that sub-sleep state where you cant sleep so your browsing the internet or whatever, and you suddenly feel a strange sense of unbearable quiet. Like it feels quieter and more dull but you don't know why?

The Self-Proclaimed Voice of AC of Arwolkia

The Glorious Nations of Iwaku

What are your thoughts on opt-out organ donation systems as opposed to opt-in ones?

Feeling that right now I suppose, putting on light music and typing my worries away seems like the way to go.