“Set a man on fire, and he is warm for the rest of life” 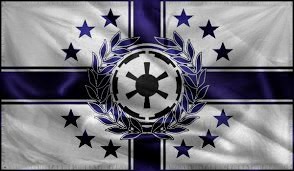 The Imperium of Hunck is a gargantuan, cultured nation, ruled by Lord Emperor with an iron fist, and notable for its compulsory military service, free-roaming dinosaurs, and stringent health and safety legislation. The hard-nosed, cynical, humorless, devout population of 16.302 billion Citizens are ruled with an iron fist by the dictatorship government, which ensures that no-one outside the party gets too rich. In their personal lives, however, citizens are relatively unoppressed; it remains to be seen whether this is because the government genuinely cares about its people, or if it hasn't gotten around to stamping out civil rights yet.

The relatively small, corrupt, well-organized government is primarily concerned with Defense, with Education, Industry, and Law & Order also on the agenda, while Social Policy and International Aid receive no funds. It meets to discuss matters of state in the capital city of Terra Nova. The average income tax rate is 75.9%, and even higher for the wealthy.

The frighteningly efficient Imperium's economy, worth a remarkable 8,107 trillion Legions a year, is driven entirely by a combination of government and state-owned industry, with private enterprise illegal. However, for those in the know, there is an enormous, deeply entrenched, broadly diversified black market in Arms Manufacturing, Information Technology, Book Publishing, and Uranium Mining. The private sector mostly consists of enterprising ten-year-olds selling lemonade on the sidewalk, but the government is looking at stamping this out. Average income is an amazing 497,332 Legions, and distributed extremely evenly, with little difference between the richest and poorest citizens.

The nation has welcomed its expats back with open arms, bars are packed at all hours, the practice of capital punishment proves divisive, and pet owners make sure their dogs wear diapers. Crime, especially youth-related, is totally unknown. Hunck's national animal is the Penguin, which is also the nation's favorite main course, and its national religion is Cult of the Emperor.

Hunck is ranked 208,565th in the world and 6,409th in the West Pacific for Least Corrupt Governments, with 1.13 Percentage Of Bribes Refused.

The Holy Principality of Saint Mark,