“Our common labor shall bring about our common wealth” 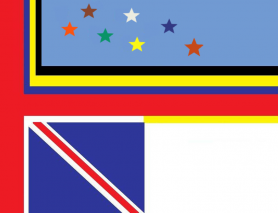 The Nation of Commonwealth of Baker Park is a colossal, efficient nation, ruled by Timothy Wentworth with a fair hand, and notable for its museums and concert halls, irreverence towards religion, and punitive income tax rates. The compassionate, democratic population of 5.624 billion Baker Parkers are free to do what they want with their own bodies, and vote for whomever they like in elections; if they go into business, however, they are regulated to within an inch of their lives.

The enormous government juggles the competing demands of Education, Healthcare, and Environment. It meets to discuss matters of state in the capital city of Belle Haven. The average income tax rate is 91.6%, and even higher for the wealthy.

The frighteningly efficient Commonwealth of Baker Parker economy, worth 613 trillion pound sterlings a year, is highly specialized and led by the Tourism industry, with major contributions from Book Publishing and Information Technology. State-owned companies are reasonably common. Average income is an impressive 109,102 pound sterlings, and distributed extremely evenly, with little difference between the richest and poorest citizens.

Nobody is allowed to stop the local daycare from reading Nietzsche to pre-schoolers, signs at the border tell international drivers where they can put their cars, the government pours millions of pound sterlings into rehabilitation programs annually, and extraordinary tribunals try accused financial criminals. Crime is totally unknown, thanks to a well-funded police force and progressive social policies in education and welfare. Commonwealth of Baker Park's national animal is the Elk, which frolics freely in the nation's many lush forests.

Commonwealth of Baker Park is ranked 202,940th in the world and 189th in Atlantian Oceania for Most Avoided, scoring 0.36 on the Kardashian Reflex Score.