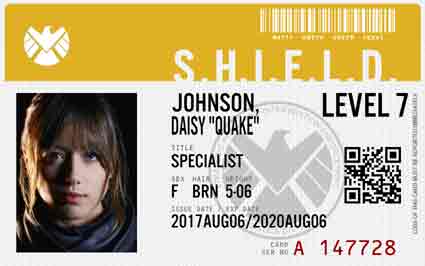 The Shaky Overlord of Daisy Johnson is a gargantuan, environmentally stunning nation, remarkable for its absence of drug laws and stringent health and safety legislation. The hard-nosed, democratic, devout population of 12.331 billion Johnsons are free to do what they want with their own bodies, and vote for whomever they like in elections; if they go into business, however, they are regulated to within an inch of their lives.

The medium-sized, liberal government juggles the competing demands of Education, Spirituality, and Environment. The average income tax rate is 35.4%, but much higher for the wealthy.

The large but inefficient Daisy Johnson economy, worth 429 trillion Dollars a year, is fairly diversified and led by the Book Publishing industry, with significant contributions from Pizza Delivery, Cheese Exports, and Basket Weaving. Black market activity is notable. State-owned companies are common. Average income is 34,844 Dollars, and evenly distributed, with the richest citizens earning only 2.2 times as much as the poorest.

Crime is almost non-existent. Daisy Johnson's national animal is the Eagle, which soars majestically through the nation's famously clear skies.

Daisy Johnson is ranked 45,247th in the world and 11th in Underworld for Most Politically Free, scoring 76.67 on the Diebold Election Inking Scale.