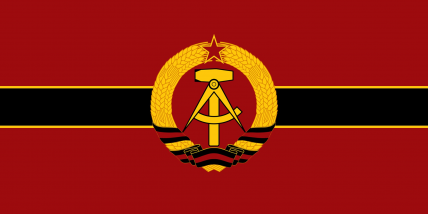 The Socialist Federation of Gh0sty is a gargantuan, efficient nation, ruled by President Yair Wolfson with a fair hand, and notable for its museums and concert halls, keen interest in outer space, and sprawling nuclear power plants. The compassionate, democratic, cheerful population of 10.168 billion Ghostians are free to do what they want with their own bodies, and vote for whomever they like in elections; if they go into business, however, they are regulated to within an inch of their lives.

The enormous, liberal, socially-minded, outspoken government juggles the competing demands of Education, Administration, and Industry. It meets to discuss matters of state in the capital city of Wolfsonstadt. The average income tax rate is 98.7%.

The frighteningly efficient Ghostian economy, worth a remarkable 2,002 trillion Ghostian Credits a year, is driven entirely by a combination of government and state-owned industry, with private enterprise illegal. The industrial sector, which is quite specialized, is dominated by the Information Technology industry, with significant contributions from Tourism, Book Publishing, and Trout Farming. Average income is an impressive 196,950 Ghostian Credits, and distributed extremely evenly, with practically no difference between the richest and poorest citizens.

Increasing inclusiveness is a sign of the times, towns are often run by puppets, the official Ghostian Phrase Book weighs as much as a small child, and everyone has the equal opportunity to have their wallet stolen. Crime is totally unknown. Gh0sty's national animal is the Dog, which frolics freely in the nation's many lush forests.

Gh0sty is ranked 2,364th in the world and 2nd in OmniOne for Most Scientifically Advanced, scoring 729.22 on the Kurzweil Singularity Index.