“Honk, honk, quack. I have a speech impediment.”

Location: Union of Asia and the Pacific 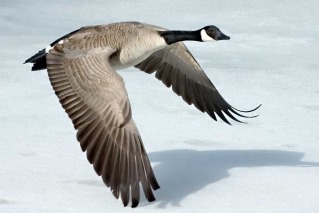 The Airborne Flock of Migrating Geese is a gargantuan, environmentally stunning nation, ruled by MaMa Goose with an even hand, and remarkable for its public floggings, keen interest in outer space, and punitive income tax rates. The hard-nosed, hard-working, devout population of 37.466 billion Geese have some civil rights, but not too many, enjoy the freedom to spend their money however they like, to a point, and take part in free and open elections, although not too often.

The government — a sprawling, bureaucracy-choked morass — juggles the competing demands of Law & Order, Environment, and Defense. It meets to discuss matters of state in the capital city of Birdland. Citizens pay a flat income tax of 75.0%.

The large but sluggish Migrating Geesean economy, worth 750 trillion nest eggs a year, is extremely specialized and mostly made up of the Trout Farming industry, with significant contributions from Furniture Restoration. Average income is 20,043 nest eggs, with the richest citizens earning 5.8 times as much as the poorest.

The nation's air missiles have killed thousands of Brasilistan military personnel, nuclear bases are readying themselves for missile deployment, the nation is weighing the price of victory following a nuclear strike, and the nation has nearly as many history museums as Geese. Crime, especially youth-related, is totally unknown, thanks to the all-pervasive police force. Migrating Geese's national animal is the goose, which soars majestically through the nation's famously clear skies.

Migrating Geese is ranked 69,975th in the world and 5th in Union of Asia and the Pacific for Largest Governments, scoring 15.97 on the Bureaucratic Comprehensiveness Rating Scale Index.