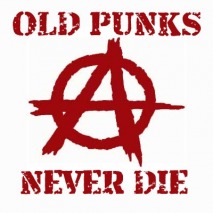 The Angry Young and Poor Nation of An Old Punk Society is a gargantuan, cultured nation, renowned for its state-planned economy and absence of drug laws. The hard-nosed, democratic population of 21.053 billion Old Punk Societyians hold their civil and political rights very dear, although the wealthy and those in business tend to be viewed with suspicion.

The medium-sized, liberal, outspoken government juggles the competing demands of Education, Industry, and Social Policy. It meets to discuss matters of state in the capital city of CBGB OMFUG. The average income tax rate is 37.9%, but much higher for the wealthy.

The Old Punk Societyian economy, worth 974 trillion Ois a year, is driven entirely by a combination of government and state-owned industry, with private enterprise illegal. The industrial sector, which is quite specialized, is dominated by the Book Publishing industry, with significant contributions from Pizza Delivery, Tourism, and Uranium Mining. Average income is 46,286 Ois, and distributed extremely evenly, with little difference between the richest and poorest citizens.

Eight year-olds can be seen lighting up in public areas, the tenet of free speech is held dear, citizens are allowed to rise or fall based on their own merits, and graffiti graces every city's streets. Crime, especially youth-related, is a problem, with the police force struggling against a lack of funding and a high mortality rate. An Old Punk Society's national animal is the Old Punk.

An Old Punk Society is ranked 159,885th in the world and 4th in punk for Most Popular Tourist Destinations, with 121.32 Tourists Per Hour.