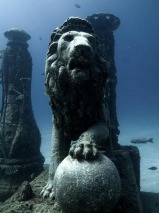 The Big Blue of MT2 is a gargantuan, environmentally stunning nation, notable for its burgeoning Orca population. The hard-nosed, hard-working population of 17.525 billion MT2ians have some civil rights, but not too many, enjoy the freedom to spend their money however they like, to a point, and take part in free and open elections, although not too often.

The medium-sized government juggles the competing demands of Welfare, Administration, and Social Policy. The average income tax rate is 31.3%.

The MT2ian economy, worth 659 trillion Corals a year, is quite specialized and led by the Beef-Based Agriculture industry, with major contributions from Automobile Manufacturing, Uranium Mining, and Arms Manufacturing. Average income is 37,623 Corals, and evenly distributed, with the richest citizens earning only 3.6 times as much as the poorest.

Crime is moderate. MT2's national animal is the Orca, which frolics freely in the nation's sparkling oceans.

MT2 is ranked 141,592nd in the world and 52nd in Mariner Trench for Largest Soda Pop Sector, scoring zero on the Addison-Fukk Productivity Rating.

Most Recent Government Activity: 12 hours ago