“We Can't Fly Slowly That Fast!” 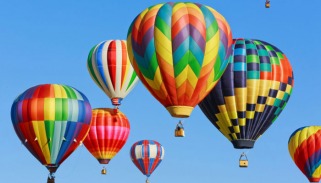 The Floating Fortresses of The 21 Hot Air Balloonists is a gargantuan, safe nation, notable for its barren, inhospitable landscape, compulsory military service, and suspicion of poets. The hard-nosed, democratic population of 11.201 billion Hot Air Balloonists have some civil rights, but not too many, enjoy the freedom to spend their money however they like, to a point, and take part in free and open elections, although not too often.

The medium-sized government juggles the competing demands of Education, Law & Order, and Healthcare. It meets to discuss matters of state in the capital city of The 21 Hot Air Balloonists City. The average income tax rate is 39.5%.

The Hot Air Balloonist economy, worth 725 trillion Sandbags a year, is broadly diversified and led by the Book Publishing industry, with major contributions from Retail, Information Technology, and Woodchip Exports. State-owned companies are reasonably common. Average income is 64,738 Sandbags, with the richest citizens earning 5.0 times as much as the poorest.

The 21 Hot Air Balloonists is ranked 113,780th in the world and 7th in Doki Doki Literature Club for Highest Crime Rates, with 2.98 Crimes Per Hour.