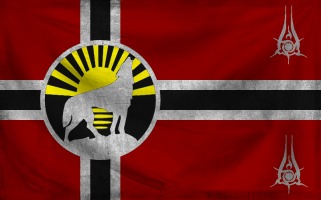 The Republic of Alcrestia Liakar is a colossal, socially progressive nation, ruled by Kalis de Accora with an iron fist, and renowned for its pith helmet sales, punitive income tax rates, and stringent health and safety legislation. The hard-nosed, cynical population of 5.254 billion Alcrestians are ruled by a mostly-benevolent dictator, who grants the populace the freedom to live their own lives but watches carefully for anyone to slip up.

The medium-sized, corrupt government juggles the competing demands of Education, Defense, and Administration. It meets to discuss matters of state in the capital city of Sol de Liakar. The average income tax rate is 90.3%, and even higher for the wealthy.

The frighteningly efficient Alcrestian economy, worth 970 trillion akories a year, is broadly diversified and led by the Information Technology industry, with significant contributions from Arms Manufacturing, Tourism, and Book Publishing. Black market activity is frequent. State-owned companies are common. Average income is an impressive 184,700 akories, and distributed extremely evenly, with little difference between the richest and poorest citizens.

Advert breaks are played at lower volumes to make them easier to ignore, crocodile roadkill is smeared across the asphalt of the new Formula One track, the government advises foreign diplomats to speak softly and carry a big bag of cash, and a degree of self-hatred is vital for a future in politics. Crime, especially youth-related, is totally unknown, thanks to a capable police force and progressive social policies in education and welfare. Alcrestia Liakar's national animal is the sun wolf, which frolics freely in the nation's many lush forests.

Alcrestia Liakar is ranked 104,848th in the world and 2,702nd in the Rejected Realms for Largest Agricultural Sector, scoring 1,413.7 on the Mu-Bah-Daggs Productivity Index.