“We do not question your moneys origin either *winks*”

Location: Imperium of the Wolves 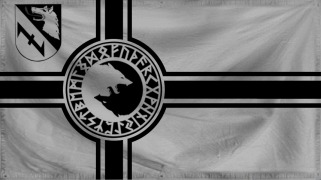 The Switzerland Mode State of Wolflanden is a gargantuan, genial nation, ruled by Keisari Hrólfr Fenrirsson with an even hand, and remarkable for its museums and concert halls, ubiquitous missile silos, and compulsory military service. The compassionate, cheerful, devout population of 10.401 billion Wolflandenians enjoy extensive civil freedoms, particularly in social issues, while business tends to be more regulated.

The large government prioritizes Environment, although Defense, Education, and Industry are also considered important. It meets to discuss matters of state in the capital city of Vetrfjall. The average income tax rate is 95.1%.

The frighteningly efficient Wolflandenian economy, worth a remarkable 1,881 trillion Wolf Golds a year, is fairly diversified and dominated by the Tourism industry, with significant contributions from Information Technology, Book Publishing, and Arms Manufacturing. State-owned companies are common. Average income is an impressive 180,868 Wolf Golds, and distributed extremely evenly, with little difference between the richest and poorest citizens.

Many aides in Keisari Hrólfr Fenrirsson's office are known to be serial jaywalkers, a few immigrants are better than no immigrants according to Keisari Hrólfr Fenrirsson, billions of Wolf Golds are being blown on orbital weapons development, and the world still seems flat to some people in space. Crime, especially youth-related, is totally unknown, thanks to a capable police force and progressive social policies in education and welfare. Wolflanden's national animal is the Wolf, which frolics freely in the nation's many lush forests, and its national religion is Old Gods.

Wolflanden is ranked 106,000th in the world and 36th in Imperium of the Wolves for Most Authoritarian, with 620.27 milliStalins.