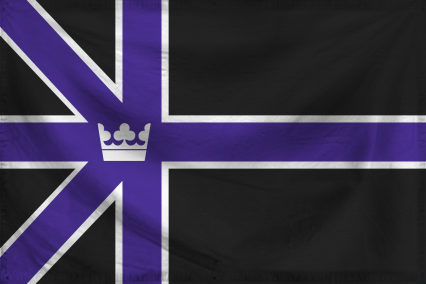 The United Kingdom of Zachais is a gargantuan, genial nation, ruled by Zach with a fair hand, and notable for its keen interest in outer space, punitive income tax rates, and stringent health and safety legislation. The compassionate, democratic, devout population of 20.536 billion Zachians hold their civil and political rights very dear, although the wealthy and those in business tend to be viewed with suspicion.

The government — a sprawling, bureaucracy-choked, liberal, outspoken morass — juggles the competing demands of Education, Law & Order, and Environment. It meets to discuss matters of state in the capital city of Andirfell. The average income tax rate is 91.5%, and even higher for the wealthy.

The frighteningly efficient Zachian economy, worth a remarkable 1,835 trillion Xronas a year, is driven almost entirely by government activity. The industrial sector, which is extremely specialized, is mostly made up of the Tourism industry, with significant contributions from Book Publishing. State-owned companies are reasonably common. Average income is 89,379 Xronas, and distributed extremely evenly, with little difference between the richest and poorest citizens.

Throwing a sickie is a serious crime, pizzerias must now display shrines to the Pizza God, most households' childcare costs are higher than their mortgage payments, and stealing from a clothesline is a serious offence. Crime is totally unknown, thanks to the all-pervasive police force and progressive social policies in education and welfare. Zachais's national animal is the Anarikamo, which frolics freely in the nation's many lush forests, and its national religion is Hyannaku.