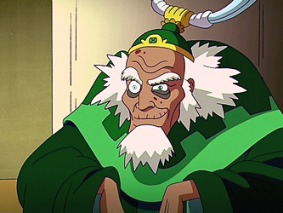 The Kingdom of The Black Forrest is a gargantuan, environmentally stunning nation, notable for its anti-smoking policies, parental licensing program, and stringent health and safety legislation. The compassionate, hard-working, democratic, cheerful, devout population of 39.16 billion Black Forrestians have some civil rights, but not too many, enjoy the freedom to spend their money however they like, to a point, and take part in free and open elections, although not too often.

The government — a sprawling, bureaucracy-choked morass — juggles the competing demands of Education, Environment, and Defense. It meets to discuss matters of state in the capital city of Omashu. The income tax rate is 100%.

The powerhouse Black Forrestian economy, worth a remarkable 7,886 trillion Gold Pieces a year, is highly specialized and mostly made up of the Book Publishing industry, with significant contributions from Trout Farming. State-owned companies are reasonably common. Average income is an amazing 201,402 Gold Pieces, and distributed extremely evenly, with little difference between the richest and poorest citizens.

The internet has been placed under government control, EpiPen sales have skyrocketed, the Finance Ministry posts hourly updates on where taxpayer money is spent, and the installation of street lights across remote goat tracks has left citizens bemused. Crime, especially youth-related, is totally unknown, thanks to a well-funded police force and progressive social policies in education and welfare. The Black Forrest's national animal is the Winged Lemur, which frolics freely in the nation's many lush forests.