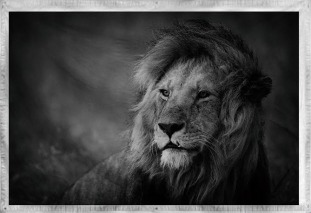 The United Socialist States of Leonfire is a massive, socially progressive nation, ruled by Alpha Scuti with a fair hand, and renowned for its infamous sell-swords, keen interest in outer space, and absence of drug laws. The compassionate, democratic population of 2.125 billion Leonfireans are free to do what they want with their own bodies, and vote for whomever they like in elections; if they go into business, however, they are regulated to within an inch of their lives.

The enormous, liberal government prioritizes Education, with Administration, Healthcare, and Industry also on the agenda. It meets to discuss matters of state in the capital city of Pantherax. The average income tax rate is 75.8%, and even higher for the wealthy.

The very strong Leonfirean economy, worth 140 trillion Bitts a year, is driven entirely by a combination of government and state-owned industry, with private enterprise illegal. The industrial sector, which is quite specialized, is mostly made up of the Information Technology industry, with significant contributions from Retail, Uranium Mining, and Pizza Delivery. Average income is 66,334 Bitts, and distributed extremely evenly, with practically no difference between the richest and poorest citizens.

A government program is underway to revitalize Leonfire's beaches, anti-government web sites are springing up, the slowest students feel vaguely targeted by their Mendelian Inheritance coursework, and noises louder than a whisper have been prohibited by law. Crime is totally unknown, thanks to a well-funded police force and progressive social policies in education and welfare. Leonfire's national animal is the Lion, which can occasionally be seen sifting through garbage in the nation's cities, and its national religion is Atheism.

Frances Francis the First of France,

The New Communist Republic Of States,